DISCLAIMER: The postings expressed in this site are my own and are NOT shared, supported, or endorsed by any individual or organization.

bcftools is only available for Linux operating system. For detailed information on how to install it please consult user’s guide and further documentation at below link: https://samtools.github.io/bcftools/howtos/install.html

Two files are required as:

The pedigree file should be formatted as shown below:

Important! Make sure the parent names are sperated by comma (,) without any spaces in the text file.

Use below sample command line to run the program:

The out file contains the following headers:

The output file can be opened directly in MS Excel and can be interpreted by plotting it. 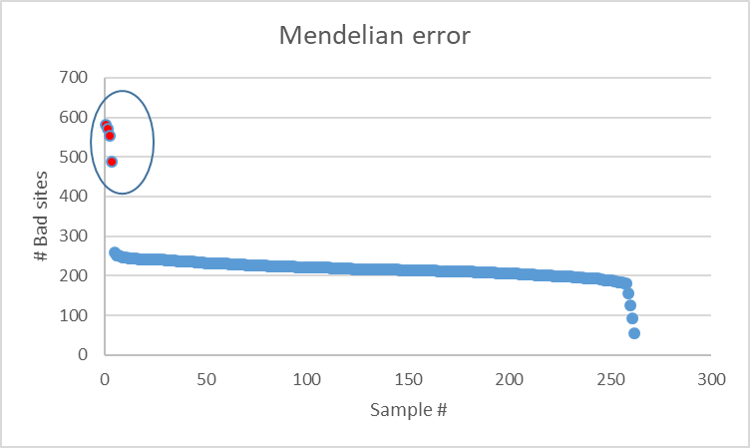 In the above plot, it can be noted that there are four samples (in red) that have the highest mendelian error in comparison to the rest of samples, which should be excluded from any further analysis.

Thank you for reading this tutorial. If you have any questions or comments, please let me know in the comment section below or send me an email.